During last week’s webinar with Cemre Yesil, she noted how the photos I showed her as part of my WIP portfolio that included people were more powerful.  Now several days later after working through the selections for my portfolio and exhibitions and trying to find the story, it suddenly occurred to me that I may have been approaching this story from the wrong angle entirely.  I started this journey thinking of the Coul Links project as principally a natural history project and that I would observe and document how the landscape and its inhabitants changed due to natural and in response to anthropogenic changes.  And there is some merit in that yet, but that approach doesn’t speak to the root of the controversy that has dogged the site and the planning application for development over the course of the last three years.

As I thought about Cemre’s comments and looked at hundreds of photos, I realised the crux of the controversy is a difference in opinion about how the land should be used and by whom it should be used.  This land has seen many uses over time.  It was home to the Dornoch Light Railway for many years.

Until 1989 it was a fully working farm when the displenishment sale relegated it to grazing land and haylage harvest. 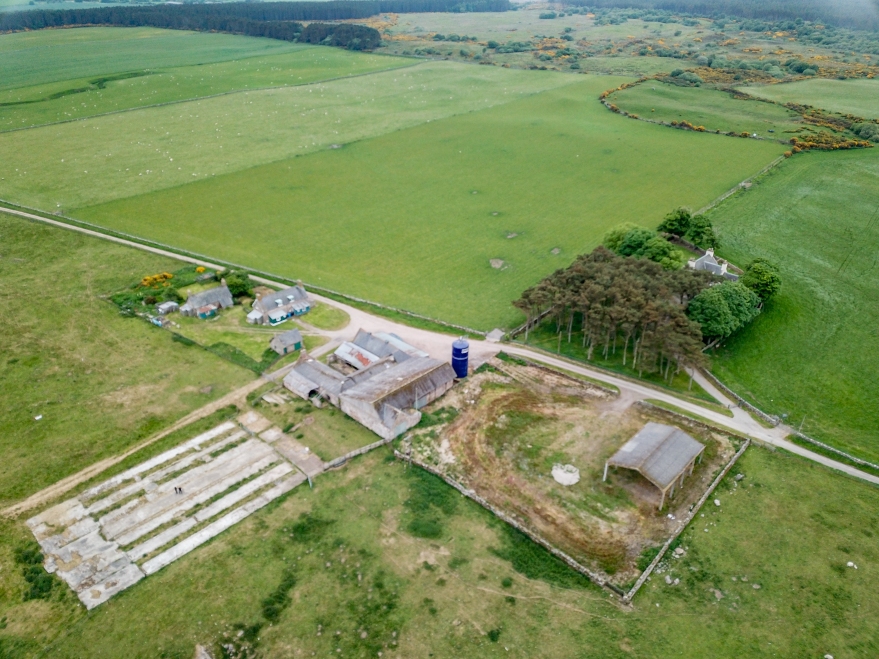 It had a tree plantation which was harvested many years ago and the remnants of which can still be seen today.

It has been used by the landowners to hunt deer and waterfowl, though under the proposed development that will cease.  The abandoned light railway bed is a walking path, and myraid path and trails from the village of Embo are frequented by walkers and their dogs.  The beach ahead of the foredune is spectacular and draws locals and the many visitors who stay in the caravan park just to the south of Coul Links. The northern end of the property along the Loch Fleet estuary is home to tens of thousands of wintering birds. 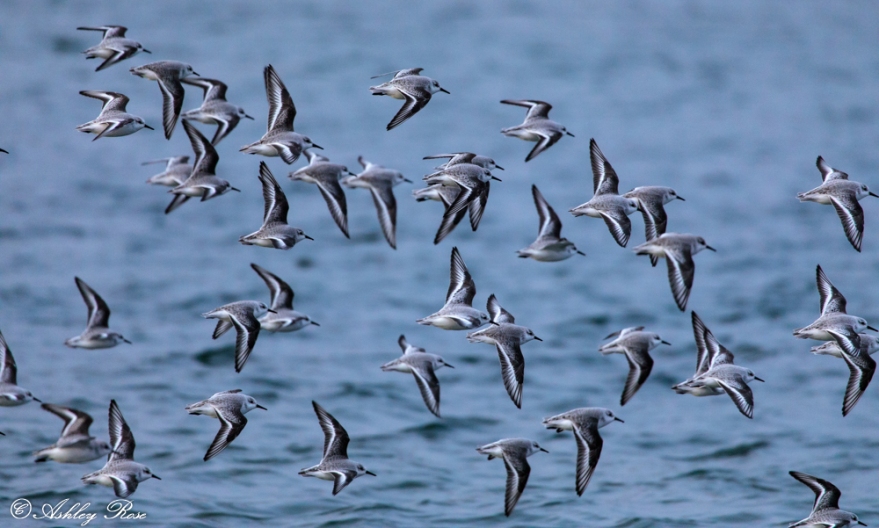 So it is clear that this land has seen many uses over the centuries.  Now there are many who would see the landscape altered slightly to allow yet another use as a golf course without denying the current uses, except for the hunting.  The developers intend to preserve and enhance access for walkers and nature enthusiasts.  The wintering bird populations will not be impacted as the golf course will close in October and not reopen until April each year and the majority of the birds are not actually on Coul Links proper in any case.  Grazing will continue.  The opposition groups however fear the introduction of a golf course on a small fraction of the total acreage will irreparably harm the site and I believe they are also afraid non-golfers will be excluded from the site as they have been at the Trump golf course in Aberdeenshire. So, though I am somewhat surprised to admit, the heart of this story is actually about people and their interactions with this land.    Yes the landscape will change with the seasons, the weather, climate change and inevitably with some form of man-made change.  Wildlife, flora and fauna, will be affected by natural and anthropogenic change in any case and it is only a matter of degree as to when and how much, but they will adapt in almost all cases.  Natural succession is evident across the landscape and land ungrazed quickly returns to wild and overgrown state.  There will still be those interested in seeing the bird populations that will use the land.  At the end of the day though, who uses it and how will it be used in the future is where the broader interest in the story lies.

So while it is a bit too late to alter what I have done for this module, I will be shifting my approach somewhat going forward to capture more of the aspects of how people are currently using the land and how that changes along with the landscape in the future.