As part of Surfaces and Strategies we were meant to put on a physical exhibition.  Due to timing issues with the exhibition space, I was unable to do my exhibition until the week after assignments were submitted.  Nonetheless, I did hold a physical exhibition at a local cafe where the owner was very pleased to have my work and asked that it stay on beyond the original week that was planned, and has asked to have some of my work permanently available for display and sale.

I selected work in three categories and organised the work accordingly.  I chose the groupings because I wanted to not only show some of the project work on Coul Links which is a topic of interest locally, but also to show work that I suspected would appeal to the people who might view the exhibition.  The section on the left showed elements of my repeat photography work and how noticeably the landscape changed with the seasons, while the section on the right introduced elements of how Coul Links is used today.  The centre section was devoted primarily to macro and super macro work because I thought it would capture the interest of the viewers.

Organising how the the pieces of work were to be displayed was accomplished on the floor of a spare bedroom where I laid out and kept shifting the work until I thought it was thematically and visually cohesive and coherent.  In order to facilitate the hanging, as we had a fairly small time window to get everything on the wall, I made spacing templates out of mounting board that would allow consistent spacing between the photos in each group.  I also made caption placards and descriptive placards for the the sections that explained in more detail what was being shown.  We used a string and a level to get the top line established and from there used the spacing templates to efficiently and quickly mount the photos on the wall. 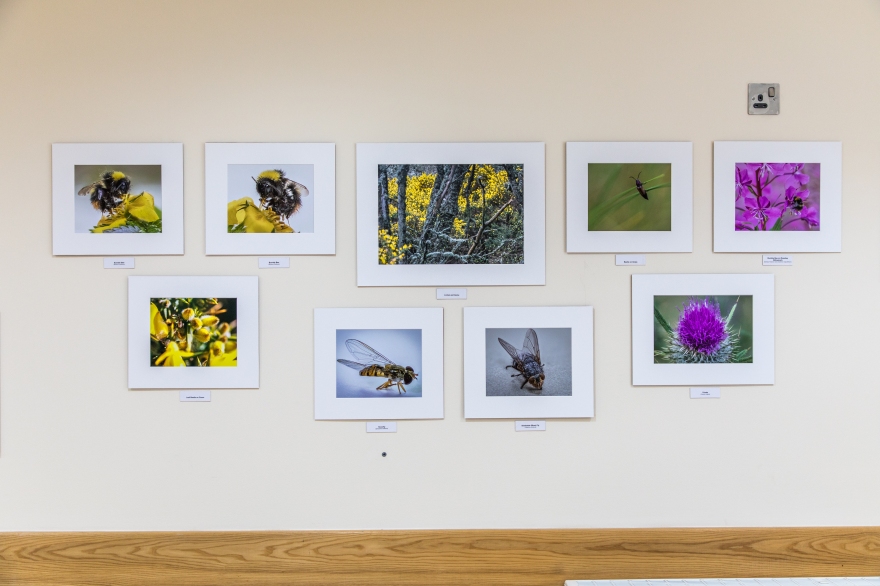 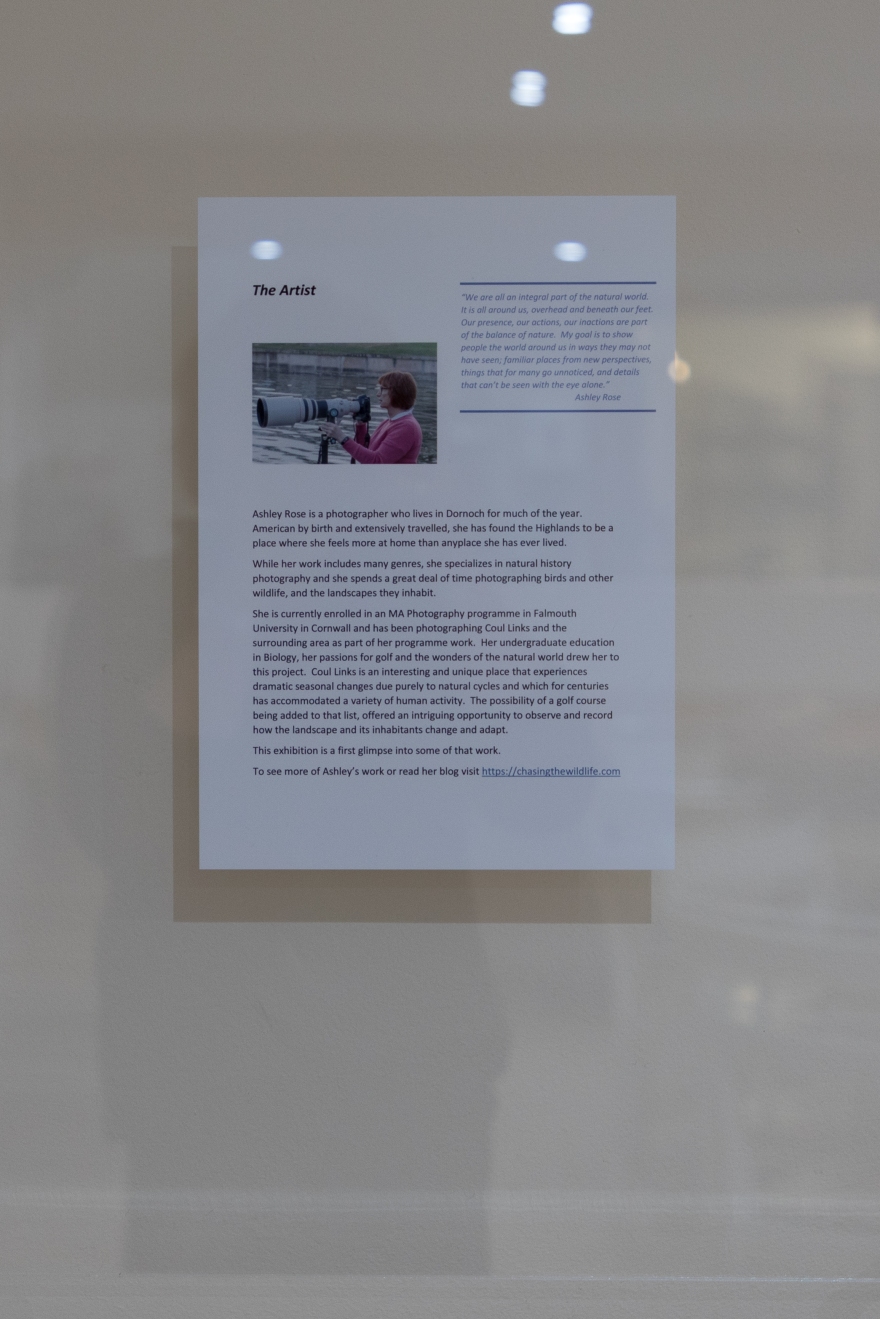 Additionally, on the evening of the opening reception I had a video set to music of aerial drone footage running on loop and that drew a great deal of interest.  The video provided views of Coul Links that even those who were familiar with the land had never seen.  The opening reception on 27 September 2018 was a great success.  It was attended by about 30 people before the evening was out. I sold two copies of my 19 Sutherland Bridges book and had several expressions of interest in purchasing photos that were being displayed.

I found it interesting how different images resonated with different people.  Some people really liked the landscapes, while others loved the sheep, but the greatest share of strong positive reactions were for various images in the super macro work.  I had initially resisted the idea of doing the physical exhibition, but in the end was very glad that I did even if it didn’t happen until the assessment period.  I am indebted to Donald Goldsmith, the owner of Grace of Dornoch Cafe and Deli for making his establishment available and catering the opening reception all at no cost to me.

On 24 September I was invited by the Dornoch Chapter of the Scottish Women’s Institute to give a 45 minute talk and exhibition of my landscape and wildlife work.  While I brought some of the photos used in the prior exhibition, this event was primarily and slideshow of 90 pieces of work and accompanying commentary.  This evening also went exceptionally well and the attendees were interested and engaged throughout. I received a large number of positive comments and lovely letter after the event.

I am looking forward to the next opportunity to display my work and hope to be able to have even larger prints than the A3 and A4 sizes I used in these events.  I do need to sort out how to properly value my work so I can set prices prior to beginning an exhibit.