After being quite ill all last week, it was good to feel well enough to get out with my camera, and a long day it was.  I attended the Coul Links Public Inquiry meeting in person for the first even though I had been following the proceedings on-line.  It was a particularly significant day with one of the principal objectors due to give his testimony.  I wanted to get some photos of the proceedings for the record in my long term Coul Links Project.  I am not as skilled in portraiture and indoor ambient light photography, but in light of that the following three photos were reasonably successful. 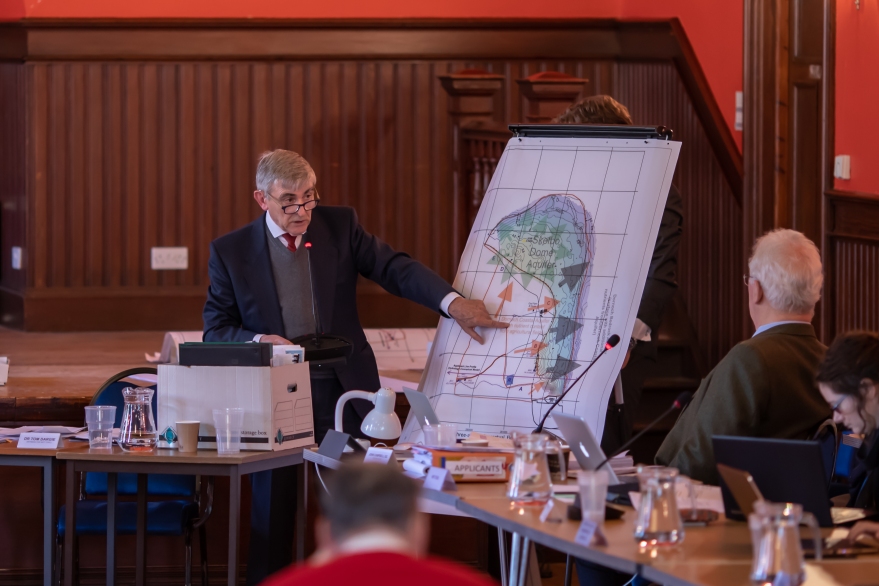 Since 20 March was the Vernal Equinox and coincided with another supermoon even, the Full Worm Supermoon, I was fortunate to have weather conditions that allowed some work at Coul Links as well. Nearing the close of the day, I undertook to accomplish some of the things I spoke about in last week’s post about planned work to be accomplished.   I went back to the Glades in different light and also attempted to use flash to control the ambient light.  I then proceeded to the area around the Great Dune just prior to sunset and was treated to a remarkable rate of changing light as well as success in capturing the rise of the supermoon.  I also experimented successfully with the use of multiple flash units and some light painting in concert with longer exposures. I also decided to explore the use of video to convey the beauty of the movement and sound resulting from the wind.

I think the glade work was successful in ambient light, and while I demonstrated proof of concept with the artificial light, I didn’t execute as well as necessary technically. It was, however, essentially a test of a technique that I intended to use at the dunes later and so from that perspective was instructive and useful in making the later work much more successful.

The first example at the Glade demonstrates the intent of visual interest across the frame with no specific focal point and as an exploration of place without revelation of location.

The second photo here from the Glade was taken when there was still considerable ambient light and I was attempting to control it with shutter speed and then to augment the subject area with a remote flash.  The lighting effect was very much along the lines of what I hoped to achieve, but the focus was not sharp enough.

At the dunes, I was looking to again create images with visual interest across the frame, without a necessarily significant focal point and which again didn’t reveal its location.  I regard this series as successful and was pleased with the ambient light work in the changing conditions as well as flash and light painting work in low light. The experiments with the flash units and then the rising supermoon and a combination of longer exposure with handheld torches also were successful. Though the positioning of the flash units in the following photo could have been improved.

The following photo was an 8 second exposure and just ambient light.

The last photo was also an 8 second exposure with the addition of light painting with torches. 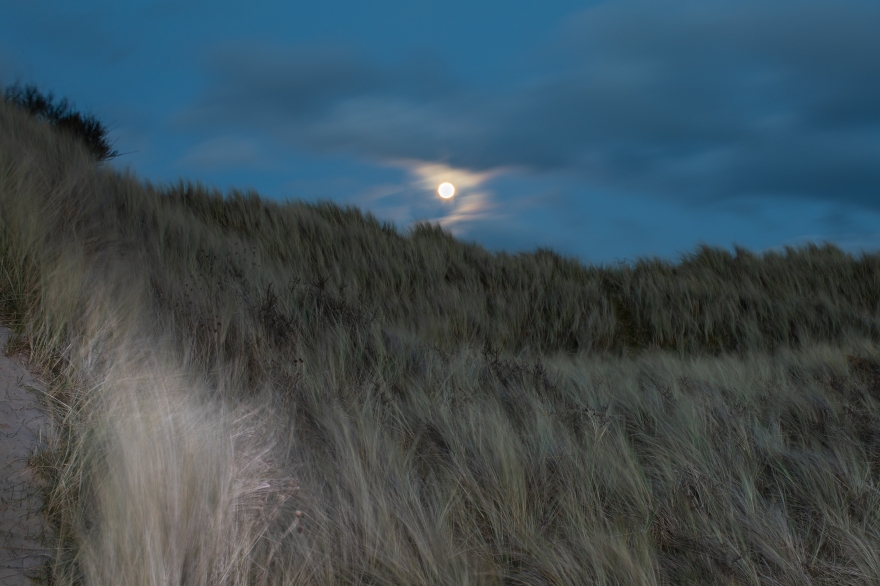 In summary, there is good correlation with my intentions and general success technically while I acknowledge there is room to improve always in that regard.